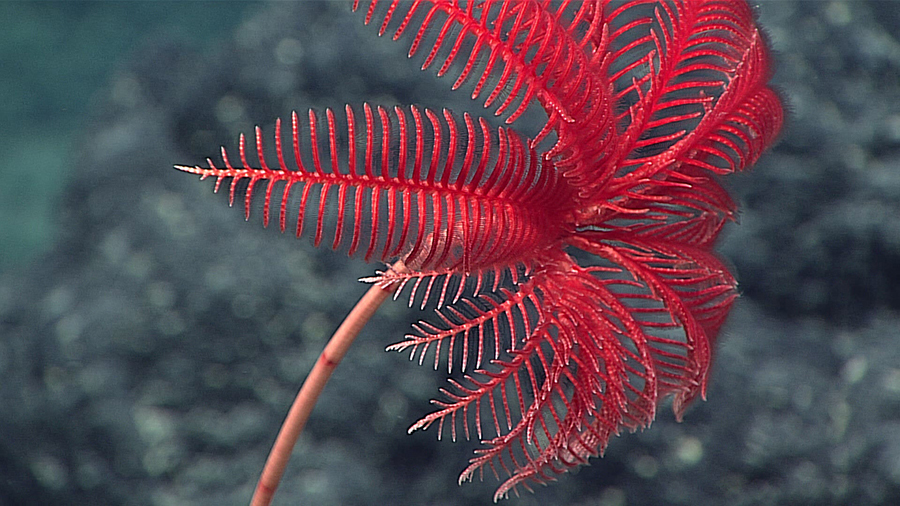 Sea lilies, despite their name, aren't plants. They're animals related to starfish and sea urchins, with long feathery arms resting atop a stalk that keeps them anchored to the ocean floor. Sea lilies have been around for at least 480 million years—they first evolved hundreds of millions of years before the dinosaurs. For nearly two centuries, scientists have thought about how modern sea lilies evolved from their ancient ancestors. In a new study in the Journal of Paleontology, researchers are rewriting the sea lily family tree, aided by newly-discovered fossils that help show how these animals' arms evolved.

"These early fossils provide new key evidence showing that what we had thought about the origin of sea lilies since 1846 is wrong," says Tom Guensburg, the paper's lead author and a research associate at the Field Museum in Chicago. "It's not very often that we're challenging ideas that are almost two hundred years old."

Sea lilies are more formally known as crinoids, but they've earned their nickname—they really do look like flowers growing at the bottom of the ocean. They spend their adult lives stuck in one place, with stem-like stalks that attach them to the sea floor. At the top of these stalks are a cluster of arms, maybe the size of the palm of your hand. These arms trap tiny plankton floating through the water, which the sea lily then eats.

"Some people actually consider sea lilies and their relatives, the feather stars, the most beautiful animals. They come in any color—purple, bright red, green," says Guensburg. "They look plant-like, but when you actually look at their bodies, you find all the usual anatomy of complex animals like a digestive tract and nervous system—they're closer to vertebrates, and us, than almost any other invertebrate animals." 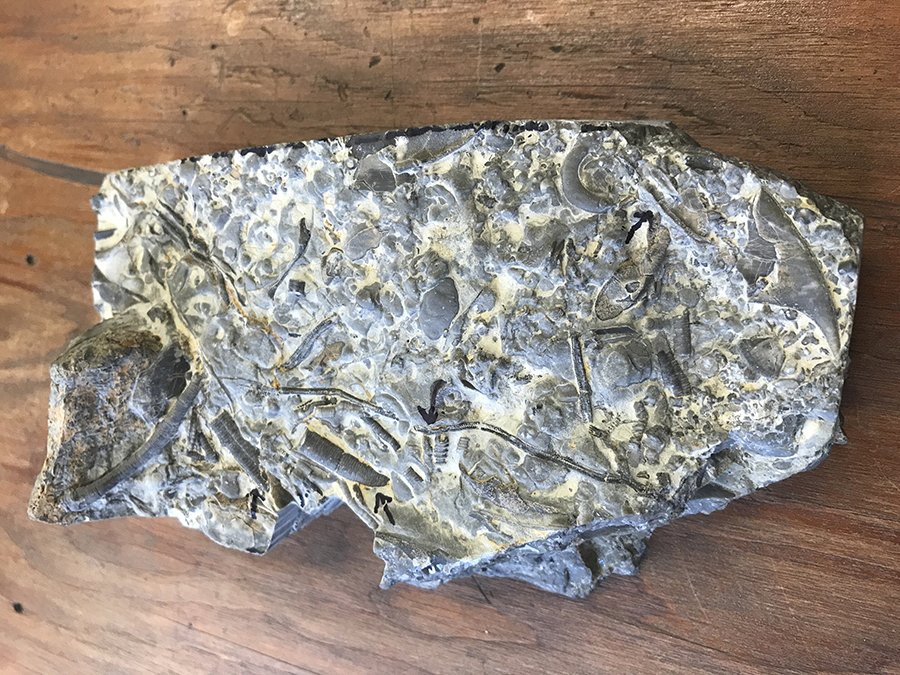 In the new paper, Guensburg and his colleagues describe a new kind of fossil sea lily they named Athenacrinus broweri, after the Greek goddess Athena. "Athena is often depicted with rangy, almost gangly limbs on ancient Greek vases; this fossil's arms are long and thin too," explains Guensburg. And, he adds, "Athena is the goddess of wisdom, and this fossil tells us something important about the origin of this group. This fossil has great significance."

This discovery has been a long time coming. In 1846, scientists were putting together the family tree of the echinoderms—animals like sea lilies, starfish, sand dollars, sea urchins, sea cucumbers, and a host of extinct groups. In the fossil record, they found ancient animals that look like modern sea lilies, with stalks ending in a bunch of delicate arms, called cystoids. They figured that both of these ancient animals must be closely related. But beginning in the 1950s, some scientists expressed doubts that cystoids belonged with the sea lilies—that similarities were superficial only. Still, evidence used to argue that crinoids and cystoids were only distantly related has been criticized to this day by those favoring the old traditional idea of crinoid origin.

Arm structure of Athenacrinus turned out to be key to figuring out how sea lilies evolved from earliest-known echinoderms, some of these up to 515 million years old. These earliest echinoderms didn't have arms yet, but they did have plates in their bodies similar to those found in earliest crinoid arms. So some of the plates in earliest crinoid arms preceded the origin of arms themselves. These plates are nowhere to be found in sea lilies beginning 450 million years ago. And while modern sea lilies have different arm plating, they have tissues that are remnants inherited from this ancient pattern. The new paper in the Journal of Paleontology shows that early sea lilies from 480 million years ago are the missing link between the earliest sea lily ancestors and what we see in living crinoids.

Cystoids, meanwhile have different arms structures that, says Guensburg, indicate that cystoids don't even belong to the same class of animals as sea lilies. "These new fossils provide for the first time an accurate picture of what the earliest crinoid arms were like, and they are unlike any cystoid in important ways," says Guensburg; "No cystoid has such anatomy." That means, Guensburg says, that crinoids and cystoids are related only at the deepest, most primitive level in echinoderm history. "One of the most fascinating branches of the tree of life, echinoderms, needs rearranging," he notes. "That's a big deal."

Hunting for Dinosaur Bones in the Digital Age

The Gobi in fact encompasses both desert and...

Sahara Was Earth’s Most Dangerous Place 100 Million Years Ago

A large number of ferocious predators,...

Paleontologists have discovered the fossils...

The 10 Most Powerful Dinosaurs In Jurassic World Evolution 2

Gamers can once again create their own...

Just how big was the prehistoric super-sized...

A new study, led by scientists at the...