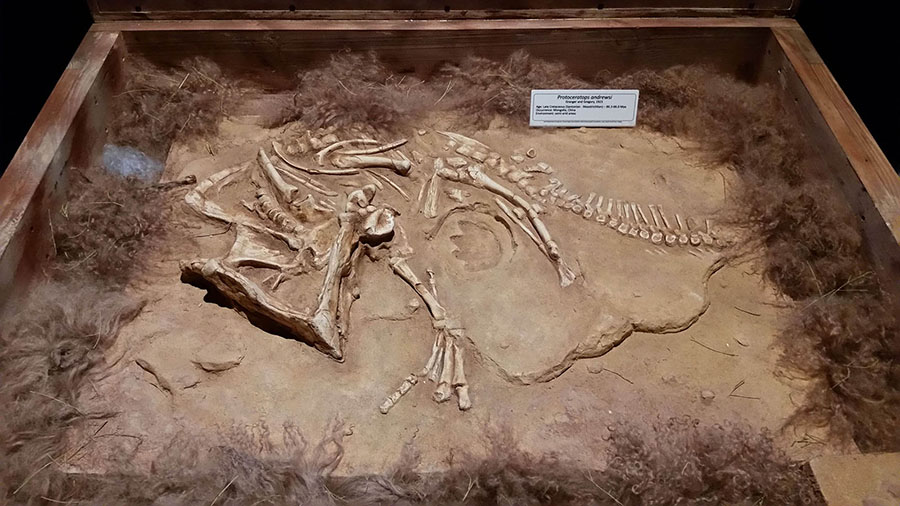 Utah is home to the most dinosaur fossils on the planet – and Grand is home to more fossils than any other county in the state.

So said Dr. Jim Kirkland during a teleconference regarding Utah Sovereign Lands’ proposal for the future management of the Dalton Wells dinosaur site north of Moab near Arches National Park.

A land exchange is going through the appraisal process that will open up the site to official and monitored recreation – with official campgrounds rather than the dispersed camping currently occurring. But which entity will manage the 1,200 or so acres remains unresolved.

Whether that ultimately turns out to be Grand County or some other political subdivision is a decision that will be made later, but one fact is uncontested by anyone from the county, state or federal government: Vandalism at Dalton Wells is ongoing and threatens to do real harm to what Kirkland, the state paleontologist, considers a key part of “the most complete record of the history of life in the world.”

“We’re where it all began,” said Kirkland in a Tuesday, Nov. 27 interview. “This is an incredible resource.”

Kirkland, who just completed his 20th year with the state, said there are more than 100 different dinosaurs represented in the fossils of Utah. He named the Utahraptor in 1989, a discovery that validated the giant raptors that appeared in “Jurassic Park.” Gov. Gary Herbert earlier this year proclaimed it the state dinosaur.

While Kirkland advocates for the creation of Utahraptor State Park for the site, it was pointed out at Monday’s teleconference that some type of control has to be exercised lest vandals and others with less-than-responsible habits destroy Dalton Wells.

It was reported that acts of vandalism occur “almost daily,” and it isn’t uncommon for people to dump on the ground the black and grey water tanks from their RVs.

Grand County Council Member Evan Clapper said the county might be willing to manage the site, but it doesn’t look like a decision will be made anytime soon.

Campgrounds – which will require a fee to stay at – would have to be built and other questions, such as whether a second entrance to Arches National Park could be constructed – need to be resolved.

In the meantime, Kirkland, who said he serves the state primarily in a scientific advisory capacity, said the importance of paleo sites in Grand County, and specifically Dalton Wells, is “extraordinary.” He said Grand County is home to over 50 species of dinosaurs, many more than have been discovered in Grand Staircase Escalante National Monument.

Grand County, he said, has the “most complete lower Cretaceous dinosaur record anywhere,” one that spans a staggering 45 million years.

There are two Basal dinosaur levels, meaning two species that never overlapped, in Grand County. This exists nowhere else in North America. The Utahraptor can be found only in Grand County.

If Grand County is a hotbed for dinosaur fossils, Dalton Wells is the heat source. The site has been excavated for 45 years and more than 5,000 bones have been removed and 10 species recovered, said Kirkland.

Full-cast skeletons excavated at the site are on display in more than 30 museums around the world.

“The site needs to be protected. I pointed out it is vandalized every day and these fossils can never be replaced,” he said.

Kirkland said there are other historical sites in the area that have nothing to do with fossils but still need to be preserved – and doing so would provide a wider appeal to visitors, such as the Civilian Conservation Corps site that existed in the 1930s, the Japanese internment camp in the 1940s, and the uranium mining history on display from the 1960s.

“I’m a big believer in the local benefits of doing this,” said Kirkland. “A lot of it is waiting to see what the response is to management. Sovereign Lands doesn’t want to deal with a paleo site. That isn’t what they do.” He said he would like to see Sovereign Lands retain control of the site while Grand County manages it – particularly if the county hires a paleontologist.

“You have a great local and active volunteer group through Moab’s Gastonia Chapter of the Utah Friends of Paleontology,” he said, “but they can’t do anything without a supervising paleontologist. I guarantee you would get 100 applicants.”

He would like to see the Museum of Moab become a repository for the site, noting that thousands of fossils have left Grand County already and they are not coming back.

“I think it’s a great opportunity,” he said. “Let’s show the world we can care-take a world-class paleo site the whole world is interested in … we’ve got to get after it.”

Scientist Finds Microfossils In India That Are 2 Billion Years Old

A geologist in India found “prokaryotic”...

Why Museums Need to Digitize Fossils to Understand Past Mysteries

More than 80 precious plant fossils were...

Everything You Need to Know About Becoming a Paleontologist

In pop culture, the term paleontologist has...

Camp Cretaceous season 2 is about six...

How Do We Know If A Dinosaur Skeleton Is From A Child Dinosaur Or An Adult Dinosaur?

If you cut open a fossil dinosaur bone, you...

The largest ever fossil of a prehistoric...