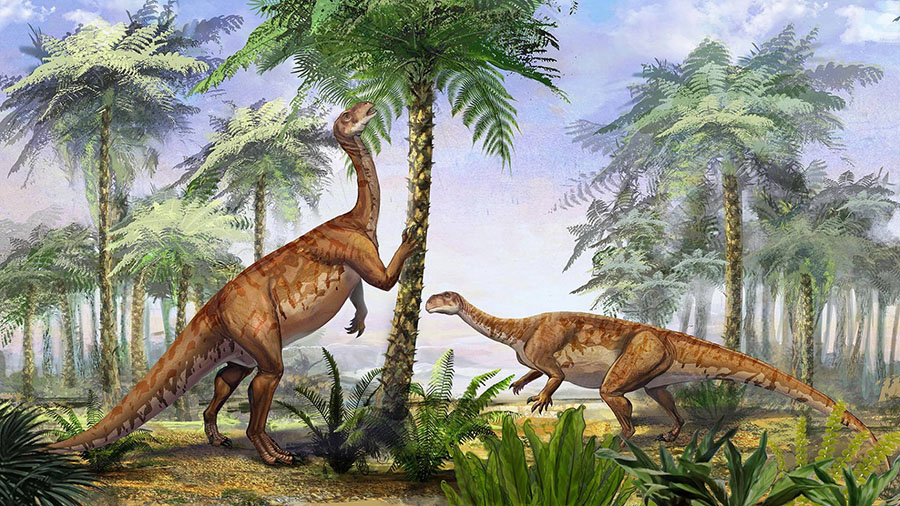 Paleontologists in China have found the fossilized fragments from a new genus and species of non-sauropodan sauropodomorph dinosaur that walked our planet approximately 195 million years ago (Early Jurassic period).

Irisosaurus yimenensis is a small, early member of Sauropodomorpha, a group of long-necked herbivorous dinosaurs that incorporates sauropods — such as Diplodocus, Brontosaurus and Titanosaurus — and their ancestors.

The dinosaur’s partial skeleton was found in the Fengjiahe Formation near Zhanmatian village in China’s Yunnan province in 2018.

The specimen was analyzed by Yunnan University paleontologist Claire Peyre de Fabrègues and her colleagues.

“The most ancient forms have been recovered in a supercontinent called Gondwana, although several Triassic genera were also found in the supercontinent Laurasia.”

“By the Early Jurassic epoch, the group was most likely present on all the continents, even though specimens are still to be retrieved from Oceania.”

“At that time, one hotspot for non-sauropodan sauropodomorph diversity was southern Asia.”

“In this context, southern China, and particularly the Yunnan province and its many Lower Jurassic layers, is an optimal location to study sauropodomorph Jurassic paleobiodiversity and the underlying evolutionary processes.” 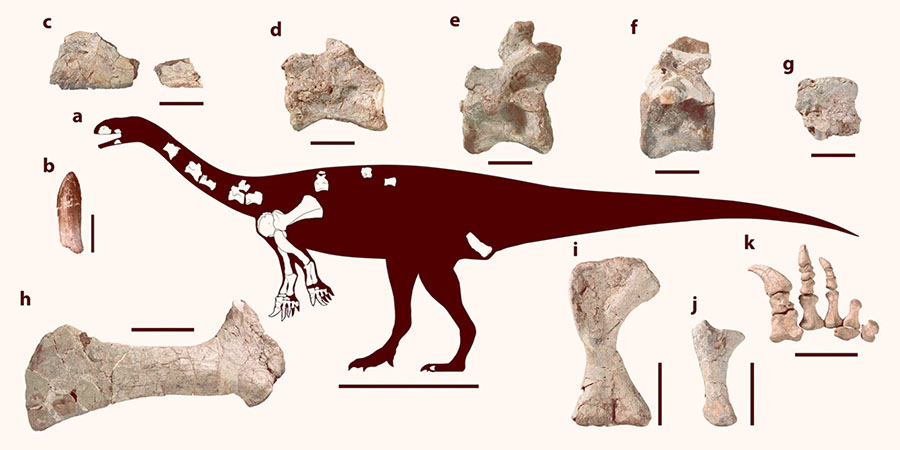 Irisosaurus yimenensis was about 5 m (16.4 feet) in length, had long neck and tail, and walked on two legs.

“Based on the preserved material, Irisosaurus yimenensis has a body plan close to that of the so-called ‘core prosauropods’ in having, for instance, cervical vertebrae longer than most dorsal vertebrae, gracile forelimbs, a deltopectoral crest extending half of the total length of the humerus and a unique carpal-metacarpal complex,” Dr. de Fabrègues and co-authors said.

The study also indicated that the new dinosaur is as a sister species to Mussaurus, a genus of herbivorous sauropodomorph dinosaurs that lived in what is now Argentina some 215 million years ago (Late Triassic epoch).

“Despite an already high diversity of early-branching sauropodomorphs in the Early Jurassic of China, this study reveals yet another new species, adding to the known dinosaurian diversity and highlighting an unprecedented evolutionary mechanism that would have led some Chinese forms to a specialized herbivorous diet,” the authors said.

Their paper was published online in the journal Scientific Reports.

One of the things that has made the ...

The surface of Earth was likely covered by a...

Bony skull ornaments appeared in most...

The remarkably complete fossil skeleton of a...

Fossil Turtle Didn't Have a Shell Yet, But Had The First Toothless Turtle Beak

New research by a team of scientists from...

By scanning a fossilized coprolite of ...