A 200 million year old sauropod has been diagnosed with osteomyelitis, a severe bone disease, according to a scientific paper published on Thursday.

Scientists from China, the United States, Britain and South Africa said study of a Jurassic Lufengosaurus fossil from Lufeng Dinosaur Museum in southwest China's Yunnan Province, suggests it may have had a serious bone infection.

The findings were published on Scientific Reports, an online open-access scientific journal.

When the dinosaur was excavated in 1997, there was a pathological abnormality on one of its right ribs. A small hole penetrates almost halfway through the rib, said the museum's Wang Yi.

"The rim of the penetration is quite smooth, so it is more likely to be caused by some kind of disease, rather than any injury," said paleontologist Xing Lida, lead researcher of the team.

According to Xing, traditional bone pathology involves low powered magnification of the bone, but this only shows the external surface of the fossil.

"In the case of this rib, the lesion penetrates deep into the bone, so we needed to find a way to see the internal structure before diagnosis," Xing said. 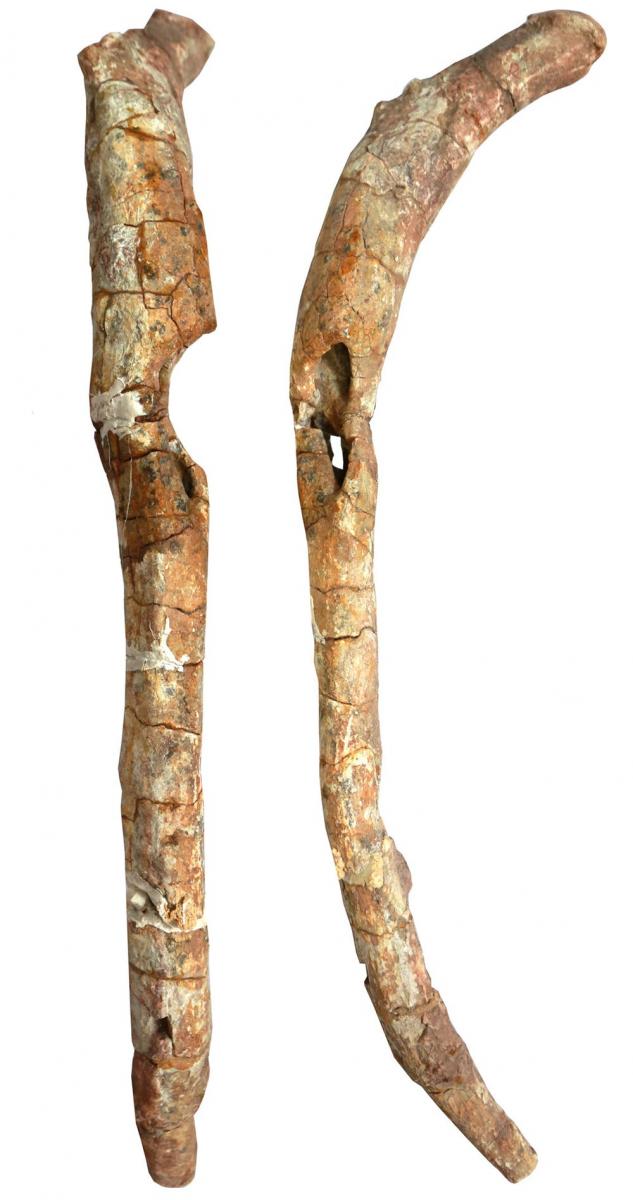 Now, 20 years after the dinosaur's discovery, X-ray micro-computed tomography (micro-CT) can image the deep structures and reconstruct the cellular structure of the rib.

"From micro-CT scanning and reconstruction, we can tell this Lufengosaurus was attacked by a predator and the bite caused osteomyelitis which took its life. It must have suffered a lot before death," said Ran Hao, researcher at the Chinese Academy of Sciences Kunming institute of zoology.

"This is the first time that China has found such pathological changes in sauropod dinosaurs. This exciting discovery will aid understanding of how osteomyelitis originated and evolved,"said Xing.

This is only the second case of osteomyelitis in a sauropod in the fossil record. The other case comes from a giant titanosaur from Argentina with a bacterial infection of the spine.

Lufengosaurus was a herbivore, with a long neck and a small head. At least 16 Early Jurassic dinosaur species have been named after Lufeng and its neighboring area since paleontologist Yang Zhongjian published a paper on Lufengosaurus huenei in 1941.

The recent work highlights how the use of micro-CT is revolutionizing the study of the fossil record.

"This finding can provide critical insight into palaeo-immunology, behavioral and life history information for dinosaurs, as well as environmental insights into ancient ecosystems," Xing said.

Paleontologists in Australia have found a...

A team of researchers from Universidade...

Although it has been over 25 years since...

When And How Did Dinosaurs Go Extinct?

Who you calling extinct? The fifth film in...

The fossilized dinosaur egg from the Hekou...

How This Dinosaur Fossil Became Worth $32 Million

The rare fossil set has been valued in the...

Adrenaline junkies and film buffs can...

A 7-year-old boy drowned while visiting...